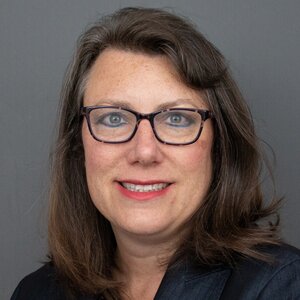 Kelly was born and raised in Carver, Massachusetts. She completed her BS degree in Biology at Stonehill College (1995), MS degree in Neuroscience at Brandeis University (1996), and Ph.D. in Neuroscience at Boston University (2003). She spent three years as a postdoctoral fellow at Harvard University and the Martinos Center for Biomedical Imaging (2003-2006). In 2006 she became a faculty member at UNC Chapel Hill in the Department of Psychology and Neuroscience and started the Cognitive Neuroscience of Memory Laboratory. She is now a tenured Professor in the Department and serves as the Associate Director of the Biomedical Research Imaging Center at UNC Chapel Hill. Her research interests center on understanding the cognitive processes and neural mechanisms that give rise to human memory, and how mnemonic processes change across the adult lifespan. In her free time, Kelly enjoys spending time with her husband and two children, reading fiction series, and gardening. 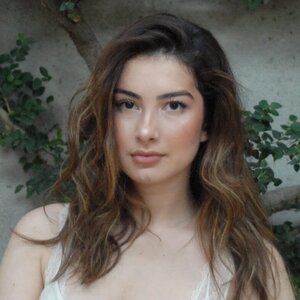 Aslihan was born and raised in Samsun, Turkey. She moved to Northern Virginia in 2014 to pursue higher education in the United States. She completed her B.S. in Psychology with a concentration in Clinical Psychology at George Mason University. At George Mason University, she worked on several research projects, during which her tasks ranged from conducting behavioral testing with tau transgenic mice to interviewing socially anxious adults about their stressful life events and emotion regulation strategies. Aslihan is currently a 4th year graduate student at UNC-Chapel Hill in Cognitive Psychology, studying episodic memory impairments in children and adolescents genetically at-risk for schizophrenia with particular focuses on context processing and pattern separation. In her free time, Aslihan enjoys painting, woodworking, and rock climbing. 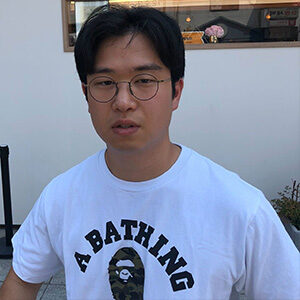 Min Sung was born and raised mostly in Seoul, South Korea. He completed his B.S. in Psychology with a concentration in Neuroscience at the Pennsylvania State University. At Penn State, he worked on research projects investigating various aspects of episodic memory in aging at the Cognitive Aging & Neuroimaging Lab. Currently a 3rd year doctoral student in Cognitive Psychology at UNC – Chapel Hill, Min Sung studies the effect of age in various aspects of episodic memory both at the behavioral and the neural level. During his free time, Min Sung likes to play sports, LOL, and watch movies. 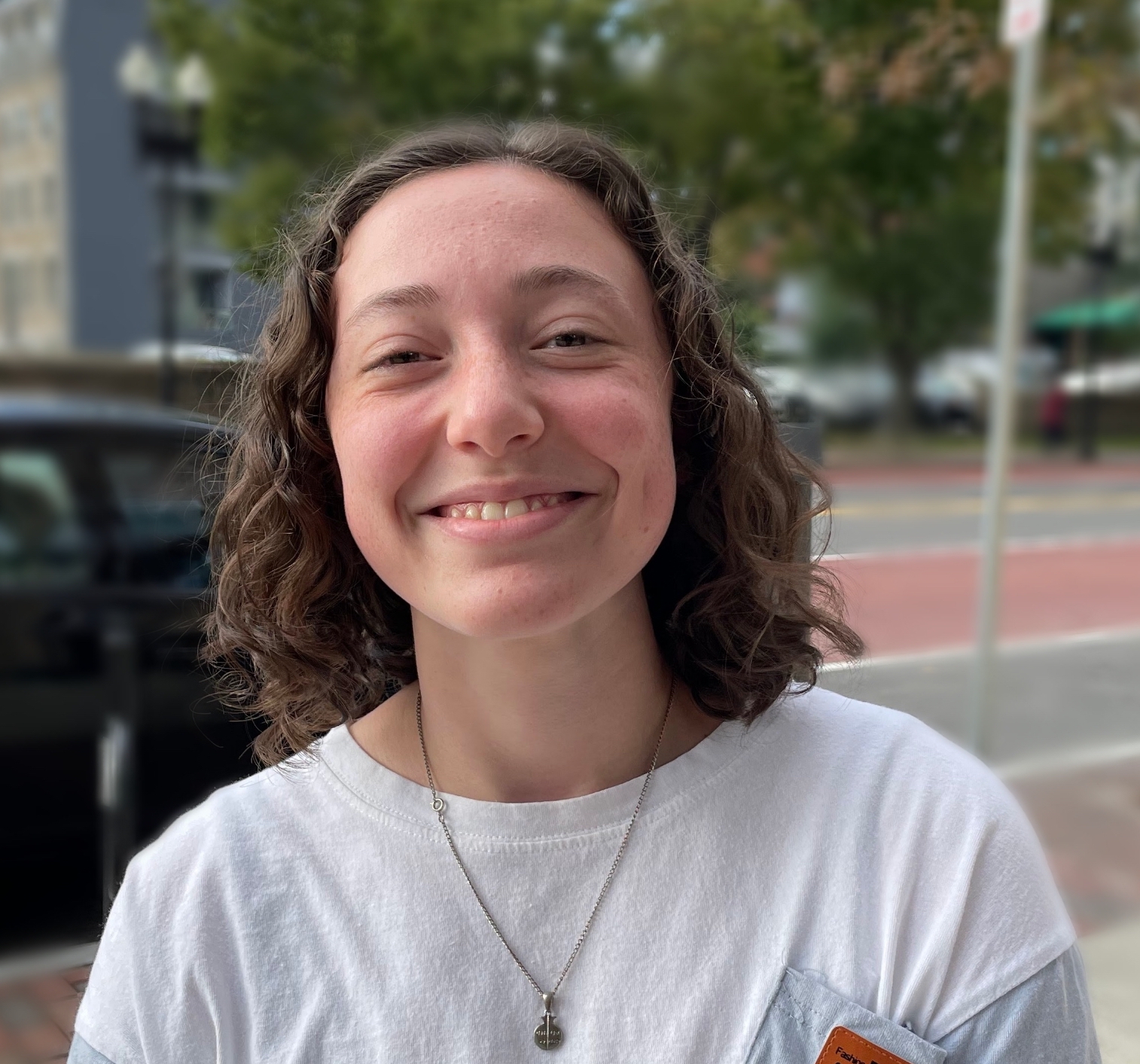 Jenny was born and raised in Northern Virginia and completed her B.S. in Psychology at the College of William & Mary. At William & Mary, she worked in an Autobiographical memory lab on research projects investigating the effects of doodling on mind-wandering and later memory retrieval and completed her honors thesis on the self-reference effect. After graduation, she worked as a Clinical Research Coordinator at the A.A. Martinos Center for Biomedical Imaging in Boston, where she used several neuroimaging techniques to evaluate the neural mechanisms behind attention and auditory working memory maintenance. Jenny is currently a 1st year doctoral student in Cognitive Psychology at UNC-Chapel Hill, studying episodic memory updating with an emphasis on contextual reinstatement and subjective awareness of change. In her free time, Jenny enjoys rock climbing, hiking, and watching Premier League soccer. 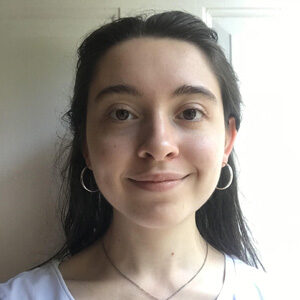 Aleya was born in Medellin Colombia, but moved to North Carolina in 2005. She visits her home in South America when she can. Aleya is currently a 2nd year undergraduate student completing a Biology B.S. major with a minor in Neuroscience and Music at UNC-Chapel Hill. In the Cognitive Neuroscience & Memory Lab, she has been helping in studies regarding memory and aging. Outside of school, Aleya works as an EMT running medical calls at her local fire station. She also enjoys painting and playing music. 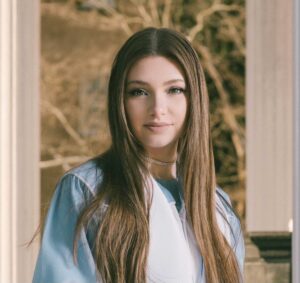 Lauren Medlin was born and raised in Wilmington, North Carolina. She completed her B.S in Biology and Neuroscience December 2021 at UNC-Chapel Hill. During her final semester, she aided in grading cognitive assessments performed in the Cognitive Neuroscience & Memory lab. She plans to apply to UNC Medical School Summer 2022 and pursue a career as a neurologist. When she isn’t studying or doing research, Lauren enjoys drawing, painting, working on her car, and volunteering with the Red Cross. 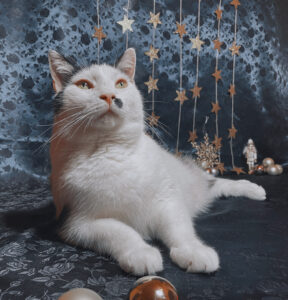 Goliath provides emotional support to the remaining members of the lab by making copious amounts of biscuits. When he is not napping in funny spots, Goliath can be found synthesizing new research ideas. Most specifically, he is interested in studying the effect of encoding strategies on treat-giving behavior in healthy aging. 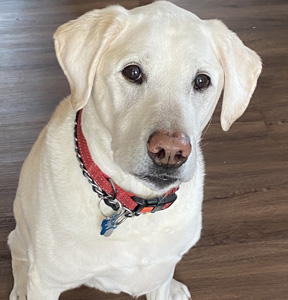 Tuckerman is a wonderful yellow labrador that supports all scientific efforts in the Cognitive Neuroscience of Memory Lab by providing moral support to the remainder of the research team.

Participate in an Experiment

Theme by Anders Noren — Up ↑